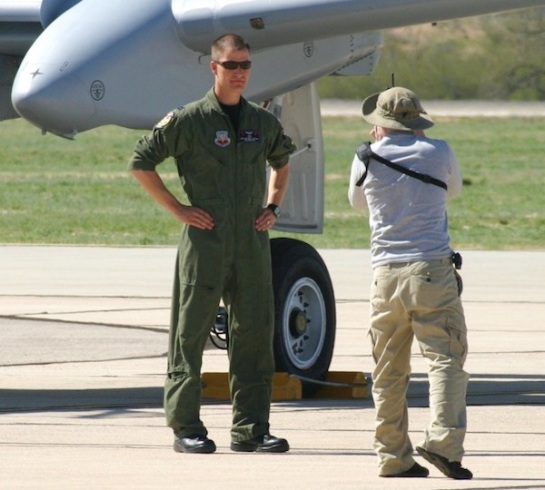 He earned a Ph.D. in aerospace engineering, did triathlons in his spare time and flew the F-35 Joint Strike Fighter along with nearly every other fighter aircraft in U.S. inventory. And he died in an accident in September 2017 so secret its circumstances remain classified to this day. His name is Lt. Col. Eric “Doc” Schultz.

She leads an entire Air Force Wing of advanced F-35A Lightning II squadrons. She holds a Master’s degree and has flown the most secretive special operations combat aircraft in U.S. inventory. Her name is Col. Regina Sabric.

He got so bored on shipboard deployment he first started playing PlayStation, then lifting weights, then training for a triathlon onboard a Navy assault ship and finally earning a college degree online during his off time. He is a young Marine Corporal I met in San Diego, California.

She was terrifying. Ultimate lord of everything within her domain, she was a Sergeant who oversaw supply at a U.S. Army basic training facility at Ft. Benning, Georgia. I don’t remember her name, but I was terrified of her when I went through basic training and advanced individual training.

He shared a foxhole with me in the rain at Ft. Benning Georgia while we tried to figure out how to tune a tactical radio into a news station during the middle of the night at Advanced Individual Training (AIT). He went on to participate in the invasion of Panama, Operation Just Cause, and many other active duty operations with the Army’s elite 82nd Airborne Division. His name is Mo Fregia.

She does yoga in her off hours, has traveled the world in the U.S. Air Force and on the day I met her she was in charge of getting me and my equipment on board an Air Force tanker so we could rendezvous with F-15C Eagles and F-35A Lightning IIs over the Atlantic for midair refueling. Her name is Lt. Col. Kim Lalley.

He is a member of an elite Naval Special Warfare team who took time out from his day to sit on a log in the obstacle course in Coronado, California for an interview about how to overcome any obstacle and never give up. He should know. After three tries he graduated top of his class, “Honor Man”, of his Basic Underwater Demolition School (BUDS). His name is SEAL Operator First Class David Goggins.

He is a retired Commanding Officer who took the time out to meet with me in person years after he was my commander in an Army National Guard Long Range Surveillance Unit. When he was my C.O. he was a Captain. He later retired as Colonel. I may have learned more from his leadership than almost any other man in my life. His name is Robert “Bob” Wangen. 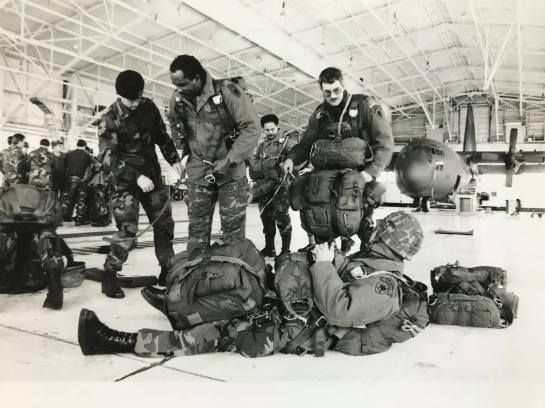 Standing on the right, with the bona-fide special-operations mustache, is one of the finest soldiers I have ever known, SSgt. Chris Surmacz. He was my team leader.

He is a combat veteran F-16 pilot, instructor and now commander of a Remotely Piloted Aircraft unit. In his spare time, whatever that is when you are an Air Force Colonel, he coaches triathlons and runs a triathlon retail store in Tucson, Arizona. His name is Col. Brian Grasky.

Every year the list of remarkable people I meet working with the U.S. military grows longer. Every year I am more impressed with their competence, devotion, tireless work ethic and patriotism. In the civilian sector people go weeks and months without ever thinking about the small percentage of our population who serves in the U.S. military. Only about 1.3% of our country’s population is serving or has served in the military. Current active duty military accounts for only 0.4% of the U.S. population. Think about that. Less than half a percent of our population shoulders the burden for the safety and security of the remaining 99.5%. That is a lot of weight to rest on very few shoulders. But I can assure you those are strong and capable shoulders. We remain free and secure in the precious bubble of liberty maintained by that 0.4%. Today we celebrate their selfless devotion and the often-grinding drudgery of their difficult jobs done 365 days a year, around the clock all over the globe almost entirely without thanks.

We don’t need you to thank us for our service, although that’s nice of you, or buy a special T-shirt or put a bumper sticker on your car saying you support the troops. That’s kind of you, but we don’t need all that. We do like it when you fly our flag, bright and backlit by a brilliant sun shining down on the land we love. We want you to take that flag down at night when it gets dark or shine a light on it around the clock. And we’d prefer if you never let it touch the ground because one day, the day after our last day, we’ll lie under the flag when you commit us to memory and hopefully another veteran takes our place.