Our neighborhood feral cat, Mr. Blackie, photographed in our back yard in October, 2017. (Photo: Tom Demerly)

Feral cats, alpha predators atop a complicated, evolving food chain in suburban neighborhood environments, may be the most exotic and remarkably adapted animals we’ll ever encounter. In most cases, we don’t even realize they are living among us or the benefits they provide to our suburban environment.

Feral cats live between being wild and domestic. They include us in their food chain as an integral part of it, usually without us even knowing. Their adaptation to a changing environment is masterful, as only an apex predator can manage. It is so complex it takes months or even years to fully understand, even as it changes right before our eyes.

Feral cats use sophisticated camouflage, mimicry, stealth and adaptation to benefit our neighborhoods and survive. They manage rodent populations, cull bird and small mammals who may carry disease and conduct a secret, covert “policing” of suburbia. They even manage to adapt and survive across wild swings in seasons, from freezing winters to blazing summers.

Most remarkably, feral cats form a dynamic evolutionary bridge between wild cats like the North American lynx, the African sand cat, the ocelot, cougars and mountain lions and domestic cats like the tabby, Maine coon and Siamese. Feral cats are smaller cats that resemble domestic cats in size and appearance and are not only predators, but highly adapted scavengers. Feral cats exploit both wild food sources, including mice, rats and varmints, and food sources shared with them by humans. Both are an integral part of their food chain.

In 1999 I traveled to the Ngorongoro Crater in Tanzania, Africa on safari. The Ngorongoro Crater is one of the greatest natural game spotting destinations on earth. A UNESCO World Heritage site, the massive natural game preserve is over 3,000 square miles in area and home to a boggling population of African wildlife, from primates, lions, hyenas, gazelles and impala to elephants, zebra, wildebeest and nearly every exotic species of land animal on the continent. We toured the crater by day from Landrovers. By night, the crater took on an entirely different life. What I learned about the food chain at night in the Ngorongoro Crater in Africa, I began to recognize in my own neighborhood in Dearborn, Michigan when I began watching the feral cats.

In 2002, I spent nearly a month in the high jungles of northern Vietnam, a remote, mostly untouched region left alone by the long war. I saw the difference in behavior between animals during the day in the jungle, and at night. One of the biggest reasons for the dramatic change in their behavior from night to day was the presence of one of the last large land-based alpha predators on earth, the tiger. When I remarked to a local Vietnamese Hmong tribesman that I had not seen a single tiger in Vietnam during the entire month, he told me, “Ah, but they have seen you…” It is exactly the same with elusive feral cats in our neighborhoods.

A little more than a year ago we became aware of a feral cat in our neighborhood. The more I saw him, very late at night and early in the morning, almost always in the dark, the more fascinated I became with him. When I started to study his life and behavior, what I discovered was incredible beyond my wildest expectation. The feral cat behavior and its effect on our neighborhood was nearly identical to the influence big cats exerted on the dense jungles of Vietnam and the vast, wild game lands of Tanzania, Africa.

We soon learned there was not just one cat,  but two feral cats. We cataloged them as “Mike Charlie 1” and “Mike Charlie 2” for Mysterious Cat 1 and 2. The two are related and members of the same clan, possibly the same litter, and divide the neighborhood up into to regions from what we have observed. Our yard sits at the central border of the two regions. The night-vision video from a remote camera shown above is Mike Charlie1, the photo with the mouse at the beginning of the article, Mike Charlie 2.

The feral cats were influencing the behavior of every other animal in the neighborhood, from birds to small mammals. While other neighborhoods in Dearborn reported problems with rats and other pests, our neighborhood had no problems with pests. Our ferals kept rodent populations in check.

What I saw was not just one feral cat, but a complex nexus of several feral cats and the evolving, complex drama of their existence playing out secretly right outside our windows. The cats belong to a “clan”, or lineage of cats that is over 50 years old in this neighborhood.

Since we first became aware of the feral cats living in our neighborhood I’ve stepped up efforts to learn more about them, to help them where appropriate and to support their survival. Feral cats aren’t pets. Although some are converted to domestic cats most live their lives as some version of wild, an evolving predator in an evolving environment.

The series I am beginning here is the story of their lives and survival in our neighborhood. 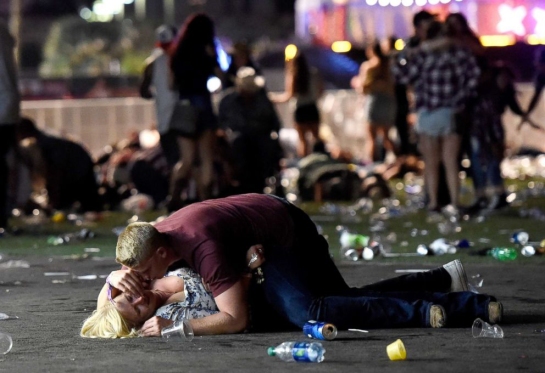 In division, we remain isolated and paralyzed in a repetitive script of tragedy and loss. History shows us that when we remain divided and isolated we suffer loss, but when we unite in courage, empathy and compromise we all live better lives.

Before we address any other argument, we must address division. That starts within ourselves. We must be humble and courageous enough to examine and re-examine our own values and beliefs, and hold those values and beliefs against the grand template of what is good for all mankind, not just our own lives.

Before we do anything else, let us not descend into division. At the crossroad of retreating into fear or the courage to embrace our unity, know that there is strength, freedom and safety in unity, and only darkness and loss in fear.

Before we do anything else, let us unite.