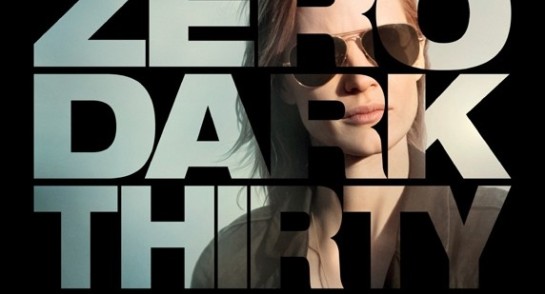 Tight and tense, Kathryn Bigelow’s Zero Dark Thirty is a masterwork of espionage and special operations storytelling.  Disturbing out of the gate the film is a non-celebratory thriller that will leave audiences with an uneasy sense of semi-relief. Bigelow did not build a “rah-rah, gung-ho” action ode to Bin Laden’s demise, but rather visited the themes of fear and desperation that pervaded much of the military and intelligence community in the immediate post-9/11 era.

Bigelow’s tale isn’t a documentary or factual depiction of the hunt for Osama bin Laden.  Significant license was taken with the story presumably in the interest of great moviemaking. The fictional story based on the decade long search for the world’s most wanted terrorist is brilliantly executed though. You will want to brace yourself for troubling depictions of torture and violence. You will also thrill to the brilliant computer generated infiltration scene on the way to the raid and the frightening authenticity of the raid scene itself. The haunting appearance of these scenes is testimony to Bigelow’s beginnings as a painter. The look of this film, especially the raid depiction, feels authentic and nervous.

Zero Dark Thirty begins with a reality check. Many people, especially those removed from it, have become complacent in their attitudes toward terrorism in the post-9/11 world. The opening re-acquaints us in a subtle but disturbing way. It also ramps up the tension for the rest of the film, a long one at 2 hours 37 minutes.  The length of the film is a part of its mise-en-scene since it drives home the protracted nature of finding Bin Laden.

You are quickly acquainted with the fictional character Maya, an auburn-haired CIA analyst obsessed with finding Bin Laden.  Jessica Chastain carries the character very well. In the more literal sense Maya is likely not based on one person, but represents an amalgam of people who worked to find patterns in intelligence that eventually led to Bin Laden. The film has taken criticism for this, including from the CIA’s top levels, but distilling a complex intelligence operation that lasted a decade into two and a half hours necessitates this license.

Jason Clarke’s character, Dan, enters the story and carries the majority of the interrogation scenes. His character is angry and hardened, determined to get results and desensitized to the enhanced interrogation techniques shown in the film. Even he, however, dials back as Maya continues her relentless effort to crack the puzzle of Bin Laden’s hiding place.

The hazy puzzle of spy craft unfolds largely dependent on the information extracted from informants as they succumb to torture and bribery. There are a smattering of factual parallels including a terrible bomb attack that takes the lives of several CIA operatives and contractors. This may be one reason Washington isn’t thrilled with Zero Dark Thirty; some of it hits pretty close, some of it is fabricated. This isn’t all or even most of how Bin Laden was found. That the rest of the tale isn’t included is a matter of expedience but also a significant documentary omission. Remember, this is a great movie, not a documentary.

The story grates on with reasonable pace but also a sense of the duration of the search until Maya connects the dots and manages to threaten superiors to take her seriously. She eventually wins an audience with (then) CIA Director Leon Panetta, played by James Gandolfini. I feel a little bad for Panetta since Gandolfini doesn’t do him justice and is much more overweight that the Former Director. That’s Hollywood.

There is a massive fast forward to the Groom Lake Test Range where the other stars of the film; the super-secret stealth Blackhawk helicopters, are unveiled.  Popular media does not know what these helicopters actually looked like since only an intact tail rotor section remained at the site of the raid after one helicopter crashed. The inspiration for the appearance of the “stealth hawks” (or whatever they’re really called) came largely from a talented Italian aviation artist and expert David Cenciotti.  Cenciotti’s blog, “The Aviationist”, ran his depiction of what he thought the helicopters may look like, borrowing design and technology themes from the F-117 Nighthawk including “faceting” and the serrated edges of canopy framing. Bigelow and her crew deserve further recognition for creatively interpreting the sound of these helicopters in the film, said to be significantly quieter than a conventional Blackhawk. The effect is haunting and feels authentic. The actual flight crews of the 160th Special Operations Aviation Regiment (SOAR), the “Night Stalkers”, are probably convulsing in laughter though. We probably won’t know for quite a while.

Depictions of the special operations team in the film, a unit of U.S. Naval Special Operations known in the media as “SEAL Team 6” or “DEVGRU” (for “Development Group”) were administered by one of the best technical advisors Hollywood has ever known, a West Coast SEAL named Chief Mitchell Hall. Hall owns a Silver Star and a Bronze Star for combat actions in the Teams. He’s also an accomplished triathlete and no stranger to film. Hall appears in the film as one of the operators on the raid as well as consulting on technical accuracy. As a result the raid scene “feels” very real. A minor technical gaff may be when an Operator recovers a Kalashnikov assault rifle from Bin Laden’s room during the raid. The rifle shown in the movie is different from the shortened “AKSU” version Bin Laden was normally seen with. Another minor miss may include the depiction of “Cairo”, the explosive detection dog that accompanied the raid. Cairo is a Belgian Malinois, the dog in the movie looked like a German Sheppard.

Technicalities aside the raid scene itself is masterful filmcraft. It does leave out the dramatic refueling in the wadi and the extensive back-up assets that joined the mission, such as the big MH-47E Chinooks, but the haunting sounds of the stealth helicopters and the look of the scenes are interpreted artfully if not accurately. A brilliant effect is the use of showing you the scene from the operators’ perspective through green tinted night vision in key cuts.  Bigelow manipulates the tension so effectively you’ll have a mostly empty seat by the time the SEALs take off for the raid.

If you’re looking for a documentary on the raid to capture Osama bin Laden this movie isn’t it. There is still a need for that media. If you are looking for a tense Hollywood thriller based on a factual story, Zero Dark Thirty delivers like no other film in the espionage and special operations category.  Either way, this masterpiece will terrify and transport you. It’s a fitting tribute to the intelligence services and an acknowledgement of their sacrifice and struggle. It’s also a bold-faced commentary on the controversy surrounding the era. There is so much to take from Zero Dark Thirty that it will likely do even better in DVD sales than in the theater when it hits widespread release. Devote the time to see Zero Dark Thirty; you’ll come away fatigued from the tension of a factual story interpreted in a fictional film with masterful skill.