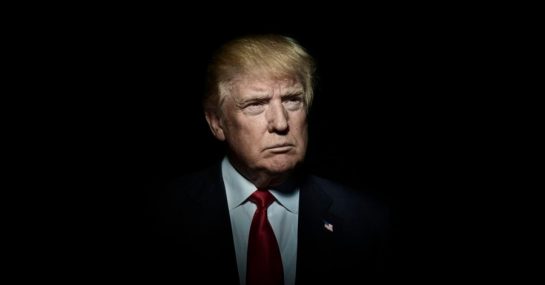 If we (collectively) are the President, what do we want? One word: Reelection. So, how do we get it? This is on page one: we need a diversion.

We need to divert the attention of our primary adversaries, in this case the Democrats, from the Presidential reelection campaign. How do we do it? We need a scandal. A good one too. And it needs to be timed to perfection. Timed so well that the accelerating rotation of the news cycle grabs this scandal, “investigates” it, reports on it, grinds it into the news everywhere we look.

The scandal is the feint, the false front. This is the “breakthrough” we want all the Democrats to pour their troops into. There is risk, as with all warfare, because this scandal could very well manifest into a real problem for the President. But risk is inherent in battle, and to prevail, we must endure risk.

Meanwhile, the clock ticks inexorably toward election day, now 396 days away. Recent history and hard data tells us this scandal will occupy headlines for… 7 days. Secretive think tank analyst Nieman Labs (I know, you haven’t heard of them) says that recurrent news topics like the current Ukraine scandal may have a reciprocating effect that could recycle up to… 42 days maximum. That leaves us 354 days from the election.

This dramatic feint also leaves the Democratic opposition drained of resources and credibility for failing to consolidate their impeachment plans. Almost exactly 1 year to the day before Americans go to the polls, the Democratic opposition has been drained of vigor and fight and credibility by yet another presidential scandal that was somehow diffused. The Democrats have egg on their face, the President has a smirk on his. Again.

And the Democrats remain divided and contentious at a time when they need to be united and focused on the next Presidency. Instead of talking about the policy opportunities they could promote and exploit in this next election, like the environment and equal rights, they are scope-locked on their own differences and on the many foibles of the current administration.

The Democrats are so busy pointing out what is wrong with the current administration they forget to build a better one to replace it.

And so, they lose.