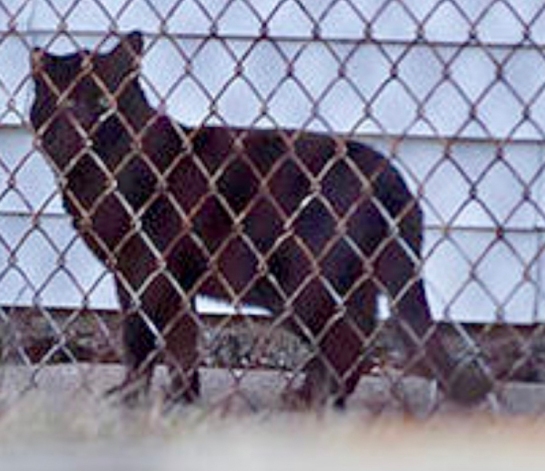 Based on a photo posted to the Nextdoor.com community bulletin board website on Monday, April 9, 2018, it is highly probable that the enigmatic feral cat known as “Mr. Blackie”, has been seen.

The photo was taken sometime over Easter weekend, April 7,8. When comparing high resolution photos of Mr. Blackie to the cat shown in this new photo, likely taken on a smartphone, the body proportions, eye color, ear shape, fur length and overall size seem very similar to Mr. Blackie. Analysts put the probability of the cat shown in the new April 7/8 photo as being Mr. Blackie at “Better than 70%”.

Analysis of the new photo of an unidentified cat sighted on April 7/8 and a known photo of Mr. Blackie from 2017: A, Ear shape is similar. B. Eye color is similar. C. Girth and aspect ratio of main torso is similar. D. Volume and length of tail is similar.

The location where the photo was taken is being kept private until it can be confirmed if this is Mr. Blackie, the feral cat. Reports suggest the cat shown in the new photo is spending time near a wood pile. This behavior may suggest Mr. Blackie is using the wood pile as a shelter. 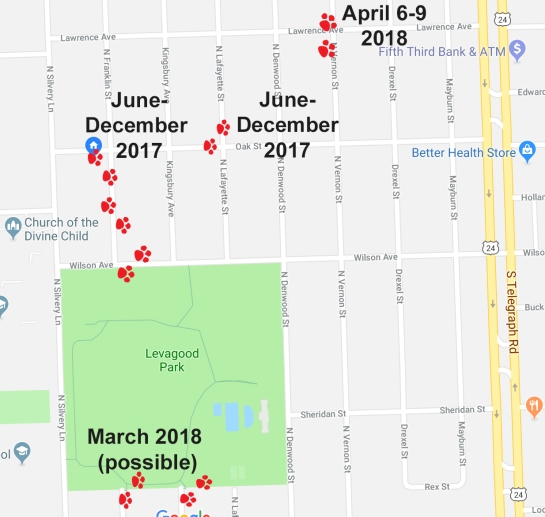 Chronology of verified and possible sightings of Mr. Blackie.

Mr. Blackie the Feral Cat is neutered, immunized and has micro-chip #956 000 010 017 739 implanted just under his skin for identification.  There has been a neighborhood-wide 93 day search effort underway to locate him after he disappeared at the end of December last year. Feral cat houses, food and veterinary care were being provided to Mr. Blackie on a permanent basis until his disappearance over three months ago.

As a trap/immunized/neutered and released feral cat, Mr. Blackie helps control rodent and pest populations in the local neighborhood and removes injured birds during his normal behavioral patterns. His managed presence benefits the entire local ecosystem as the “alpha predator” of the suburban ecology.

As details about this photo emerge we will provide updates. If you have any information on sightings of this cat please phone, message or email me: