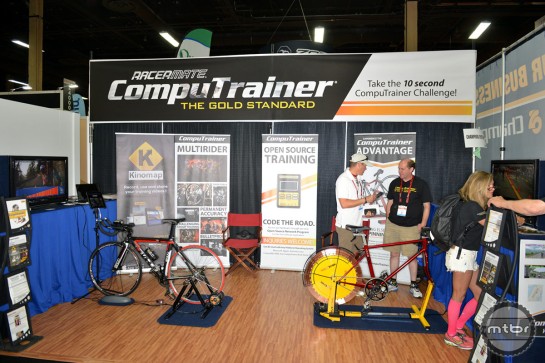 According to an e-mail sent to sponsored athletes last night and reports on social media, Computrainer, the innovator of the computerized indoor ride simulator, is closing.

Reports indicate an e-mail was sent to sponsored athletes late last night. Phone calls to the company, Racermate, and its sister company, Floscan, were not returned as of this hour. In a phone call with a representative from sister company Floscan, who asked not to be named, early Tuesday, February 28, this reporter was told “I don’t know what is going on over there [at Computrainer].”

A copy of the e-mail received by tomdemerly.com via social media reads:

“It is with a heavy heart that those of us here at RacerMate must tell you that we are closing the doors on CompuTrainer. Technology and competition from larger companies have both eaten into the marketplace. As a small company with the premier indoor trainer in terms of performance and durability, we have found ourselves in a place where we cannot continue. It has been a marvelous 40+ years and we have enjoyed sharing in the victories and friendships we have made along the way.” [signed]

Voice mails left at Computrainer’s extension contained the message, “Please don’t be surprised if it takes several days to return your message.”

Computrainer is related to Floscan, a company that provides aviation and maritime fuel flow monitoring equipment.

The Computrainer indoor ride simulator revolutionized bicycle training by projecting performance telemetry on a screen in front of riders while a load generator varied resistance creating a realistic ride simulation indoors. The system also enabled riders to “compete” with each other in a virtual environment and to ride against themselves from previous performances saved on a computer that controlled the Computrainer.

If reports are accurate, contributing factors may include an unusual, non-retail sales model, low profit margins, service intensive products and the introduction of other computer controlled ride-simulation “smart” trainers into the competitive space from companies like Tacx and Wahoo Fitness who have a dealer network and existing distribution at the consumer level from brick and mortar retailers.

While this report remains unconfirmed from Computrainer as of this hour, the inability to receive or return sales and service inquiries throughout the first half of Tuesday, and reports of the e-mail announcement sent to sponsored athletes have surfaced on social media.