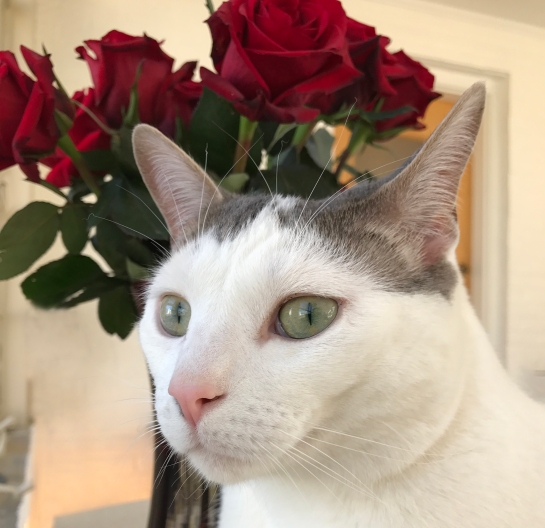 We got him because no one else would take him.

Malcom the Cat was in a crowded foster home with dogs, cats, ferrets and rabbits. Food was competitive and the population changed frequently as new foster animals came in, and older ones were (hopefully) adopted.

The lady from the animal foster home told me, “He’s a… handful.”

The arrangement seemed somewhat odd. The lady would bring Malcom to us, we would not go to the animal foster home to meet him. She asked me, “If I bring him there and it seems like it may work out, are you willing to keep him then?”

Malcom was big, even before he turned one. A large, sturdy male cat, tall and long with powerful limbs and a large head. He was bright white with unusual striped spots and a dark striped tail. And claws. Very, very big claws.

I am the first to admit that it did not go well at first, and that I was concerned. Our other cat, MiMi, is a gentle and polite girl with soft fur, one eye (she lost the other to a snake bite in the Arizona desert next to an air force base before she was rescued) and kind disposition. She’s a lap cat.

Malcom was a competitive, territorial predator. A fighter.

One day, when the house was torn up, MiMi was hiding somewhere terrified and I was losing blood through another series of scratches on both arms, I sat down and spoke with Malcom.

“You know Sir,” I told him, “This is a cooperative home. Every cat has to get along here, do his share, and be a good cat.”

Malcom stared at me.

“I know you are a fine cat, you just need some time.”

Time went by. One day I picked Malcom up and he didn’t tear me apart. He started purring. One night I felt something heavy on my leg. He was in bed with me.

Soon after a little cat named Chester showed up outside our window. And Chester moved in. Now there were three.

The Vice-Admiral oversees the delivery of new equipment.

I sat them all down one morning, as well as you can do that with three cats (which isn’t very well). We laid some ground rules: every cat must get along with the other cats. Meals are in the morning and the evening. Everyone eats together, served in order, from their own bowl. Everyone gets up at the same time. Everyone is allowed to sleep where they want but no fighting over sleeping places. There were more rules.

Finally, I appointed Malcom as the de facto leader, largely because of his physical prominence, but also because of his experience in an animal foster home. Apparently he used his size, strength and razor-sharp talons to enforce a kind of martial law there. Hence, he became Vice-Admiral Malcom Fredrick Davis III. Named from a number of sources, the third in an honorable naval lineage of cats who rose to equal prominence and distinction from the crucible of adversity.

Today the Vice-Admiral, as he is formally known, presides over nearly every activity in the house. He is served first at breakfast and dinner, eats in the highest position and in matters of cat politics, is subordinate only in seniority to MiMi, who is several years his senior and hence the wiser.

It took time to understand Malcom. It took time for him to become comfortable with the rules and procedures of a house with three very different cat personalities and two people. But with guidance and compassion and patience he has become a very fine man, a leader of cats, and an example to all cats. That every cat can rise above a difficult past, learn to stop scratching, accept and show affection, behave in a gentlemanly manner and enjoy the many things that cats take amusement in. 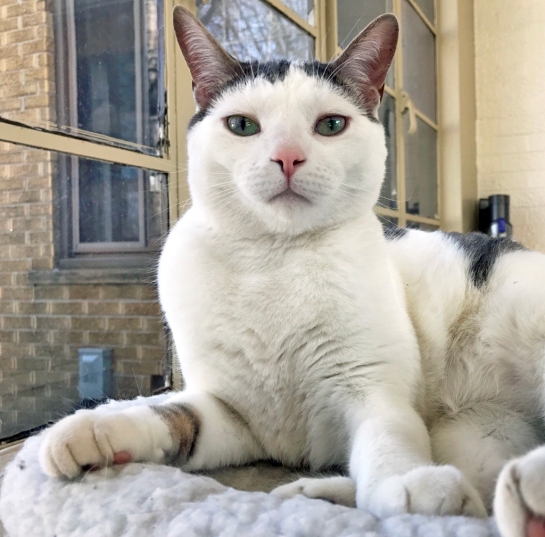