The people were angry. Quietly angry.

Oppressed by despotic rule, subterranean anger and frustration simmered. Until it boiled over.

The virus of discontent spread through the Typhoid Mary of technology; cell phones, YouTube, Facebook, Twitter, Instagram. The people were empowered now. The rulers shut down the Internet. Turned off the cell towers. But the world was too connected to be dragged back into isolation now.

The people knew not to trust “official” media. These were controlled by “The Man” and meant to bend feeble minds. To keep them in line.

Tunisia, Egypt, Libya, Syria then Yemen, Bahrain and even the “moderate” countries like Jordan and Saudi Arabia. The people were angry with the leadership, their lives, their countries. They rose up and overthrew them.

The Arab Spring was a geopolitical reset button that toppled deeply ensconced governments across the Middle East and sent shockwaves into the Mediterranean and Europe. 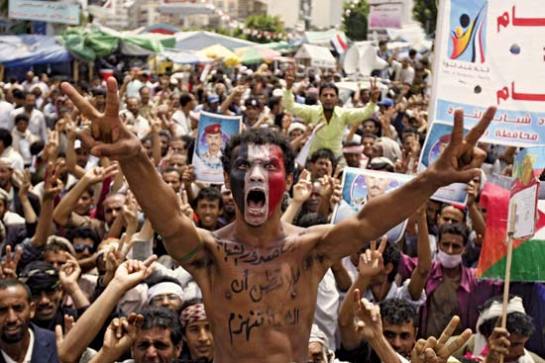 A version of the Arab Spring is here in the United States: the 2016 election face-off between Democratic and Republican extremes.

This is the American Spring.

A two-term President who leaned decidedly left makes his exit. He was, in many ways, a “perfect storm” leader for the U.S. The first to preside during the age of user-generated media, the first to challenge a host of right-wing values, policies and prejudices, the first African-American.

If his agendas are congruent with yours, you will remember him as one of the greatest Presidents in history.

During his two terms the Dow Jones Industrial Average increased a staggering 156.75%, an economic surge not seen since the recovery from the Great Depression. Agree or disagree with the policies of this administration, it was very effective in prosecuting it’s agenda. People who were able to participate in the recovery from the recession got wealthy(ier). 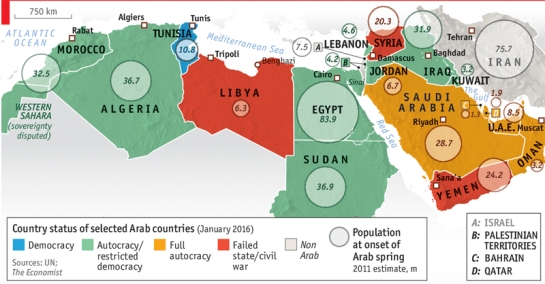 “The Economist” published an accounting of the result of the Arab Spring to date. Their analysis shows a lot of strife, a little reform and a long way to go.

And for eight years the contrarian view simmered to a rolling boil. The country began easing left as the right yearned to jerk the steering wheel back to the other side of the road. As the stock market rocketed upward, turning modest holdings into fortunes, small portfolios into millionaires, the middle class was gutted.

The middle 60% entered the U.S. recession dangling from a precipice by their fingertips. When the weight of the economic collapse settled on them, most lost their tentative grip on middle class and slid down to a subsistence living. Few have clawed their way back up the ladder. With the weight of this economic burden released from the new upper class they rocketed ahead, collecting revenue on the massive new industry of the nouveau broke.

When you talk to some members of the nouveau broke, the new lower class, you hear typically sweeping generalizations. “They’re trying to take my guns and force me to buy health insurance that doesn’t work, but keeps the drug company executives rich.” Similar banter was heard on the streets of Cairo, Benghazi, Amman, and Damascus.

Forecasting political outcomes seems like voodoo but is truthfully as banal as algebra. Equations must be balanced. The terms must cancel. When one factor is thrown out of balance in the delicate equation, it must be corrected by like terms.

And that brings us to now.

Now the forces of math and physics that preside over everything want to swing it back the other way with increasing speed and amplitude. Like a car beginning to swerve off an icy road the driver’s corrections become increasingly large, increasingly desperate, increasingly dangerous. And then the car careens into a ditch.

“Of the countries involved in the Arab Spring most are still roiling in chaos, some destroyed by war. Almost none are better off.”

Of the countries involved in the Arab Spring most are still roiling in chaos and unrest. Some are destroyed by war. Almost none are better off. That ephemeral, enticing tempest called “freedom” was like smoke in a sandstorm- extremely difficult to contain as long as massive, abrasive forces swirled around it.

When you talk to some Egyptians, Libyans, Syrians and even Iraqis they may quietly suggest an unpopular belief; things were actually better before the Arab Spring. The markets were full, the economy was functional, the streets were some version of safe. Now there is rampant unemployment, a refugee crisis, widespread insurgency and the creeping cancer of ISIL and religious extremism. They tried to grab the golden ring of freedom and spun off the merry go ‘round.

For more moderate countries like Jordan there was an orderly process of reforms- not an uprising. Al Jaezeera journalist Nermeen Murad wrote that Jordan was spared the destruction of the Arab Spring because of “The ‘maturity’ of the Jordanian public, Western financial support, the UN’s management of the influx of Syrian refugees and last but certainly not least, the kingdom’s official ‘web masters’.”

Another example of orderly and expedient reform contrasted against angry revolution is Iceland’s recent “coup”. In early April this year Prime Minister Sigmundur Gunnlaugsson voluntarily resigned after leaked documents from Panama-based law firm Mossack Fonseca reveal that he failed to declare ownership of an offshore company when he entered Icelandic parliament in 2009. It was oddly tantamount to the U.S. Watergate scandal.

This weekend protesters descended on Washington D.C. in what was termed a “Freedom Spring”. There were a reported “more than 200 arrests”. Evoking the genie of an Arab Spring style reform in the U.S. is reckless political voodoo.

Americans can be stupid. They were on September 10, 2001. They may be again, believing they can segregate themselves from a world more integrated than ever. Believing they can return to doctrine that social and technical evolution has left long behind. Believing they can somehow exist and prosper as an island selectively disconnected from the rest of humanity.

Almost no country that participated in the Arab Spring is more stable than prior to it. Some are devastated. All have relied heavily on the international community. And while some do enjoy a tentative version of liberty now it teeters on a fragile fulcrum above the abyss of even worse extremism. It could go either way.

As we head into an election year the United States would do well to learn from the Arab Spring. Wild swings from one political direction to another seldom leave a culture intact. They most commonly result in turmoil and loss.

No government appeases every political agenda on an individual basis. That is not the job of government. Instead, an effective government moderates conflicting agendas toward a mutually beneficial middle ground. As we go to the polls this November that is a reality worth remembering while the ominous potential of an American Spring is worth avoiding. 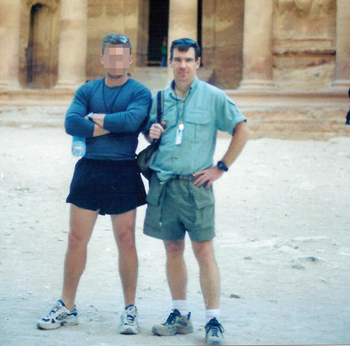 On all seven continents including East and West Africa and The Middle East, author Tom Demerly never let not knowing about a topic stand in the way of having an opinion. Here he tries to tuck his shirt in at the Petra ruins in Jordan after the 9/11 terror attacks.