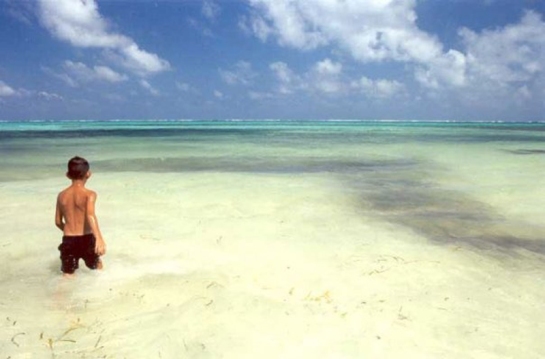 Statistics say I will die 9,563 days from today. On Tuesday, March 11, 2042. Sometime before midnight. That seems like a fine time to go.

It is likely I will die from a heart problem or a stroke. I’ve had heart surgery and I am a stroke survivor. Those two factors predispose me to that death. There is no history of cancer in my family, so I probably won’t die from that. Although I ride a bicycle on the road and do other things considered risky, I probably won’t die in an accident. I’ve already survived things you would not believe. I have a proven track record of moderating objective risk.

So that is how, and when, I will probably die.

Knowing that, the most important thing to consider is, what should I do with those 9,563 days remaining? And, what will happen to me after I die? Since today is my birthday I thought I should devote some thought to those two things over coffee before I go to work.

I learned a long time ago a simple way to manage life. Divide everything into two categories:

Spend all your time with number 1, and never worry about number 2.

Having learned that I spend almost no time thinking about what will happen after I die. Frankly, I have no idea. None of us do. Instead, I think about what is going to happen for the next 9,563 days.

There are specific things I want to accomplish; goals, activities. They aren’t some tick-mark “bucket list”. I deplore that concept because I think people who make those lists get about as far as making the list, but never accomplish anything on them. Instead, I make decisions that steer me in the direction of things I aspire too. They range from small decisions, made throughout the day against a set of personal priorities, to the big decisions we face only a few times in our lives.

I’ve gotten a couple of those wrong.

People ask, “If you had it to do all over again, what would you do differently?” Some people are wise, lucky, lie or are stupid and say, “Nothing”. I would do a couple of things differently. Knowing that I can make better decisions over these next 9,563 days.

There are a few things I’ve gotten right. I’ve traveled the world. That changed my life. I joined the military. I went to school. I loved a girl. I developed an appreciation for animals. I did what Steve Jobs said in his landmark speech on June 14, 2005 at Stanford University, “…Follow your heart and intuition. They somehow already know what you truly want to become.”

I’ve also learned that Steve’s quote was made by a man who usually enjoyed the luxury of choice. Sometimes, we don’t have that luxury. So we have to spend time doing what we need to just to survive. But all the while, we must remain faithful to our heart and intuition.

In 2002 I stood in John McCain’s prison cell in the Hoa Lo Prison, the infamous “Hanoi Hilton” in Vietnam. It was a dreadful, horrific space that made your skin crawl. I stood there for less than a minute, enough to survey the walls, the floor, the ceiling. Then I stepped into the prison courtyard and looked up to the sky. Freedom. Freedom.

In Survival, Evasion, Resistance and Escape (SERE) school in the military I learned a lesson John McCain employed in the Hanoi Hilton. Every day no matter what, do something small to prepare for the future you want. No matter how small it is, no matter how seemingly insignificant, do something. Move forward. Advance toward the life you want. We may never survive to see that life, but we lived in pursuit of it. And then, live we did.

What happens when we die? I have no idea. I’ve seen several people die. Some die pleading for another moment, regressing into terror and panic. One man died quietly in front of me, slipping away, his last words unintelligible. I tried to help him, it did not work. I’ve seen others die in an instant so that, to this day, they have no idea they are even dead. One second fully alive, the next second… poof. It makes you marvel at the fragility of our lives. I won’t be around after I die, so I don’t worry about it.

Instead, I worry about what good I can do for the next 9,563 days. Starting today.

“So live your life that the fear of death can never enter your heart.

Trouble no one about their religion; respect others in their view, and demand that they respect yours. Love your life, perfect your life, beautify all things in your life. Seek to make your life long and its purpose in the service of your people. Prepare a noble death song for the day when you go over the great divide.

Always give a word or a sign of salute when meeting or passing a friend, even a stranger, when in a lonely place. Show respect to all people and grovel to none.

When you arise in the morning give thanks for the food and for the joy of living. If you see no reason for giving thanks, the fault lies only in yourself. Abuse no one and no thing, for abuse turns the wise ones to fools and robs the spirit of its vision.

When it comes your time to die, be not like those whose hearts are filled with the fear of death, so that when their time comes they weep and pray for a little more time to live their lives over again in a different way. Sing your death song and die like a hero going home.”

Native American Chief Tecumseh, Victor in the first Siege of Detroit in August, 1812.