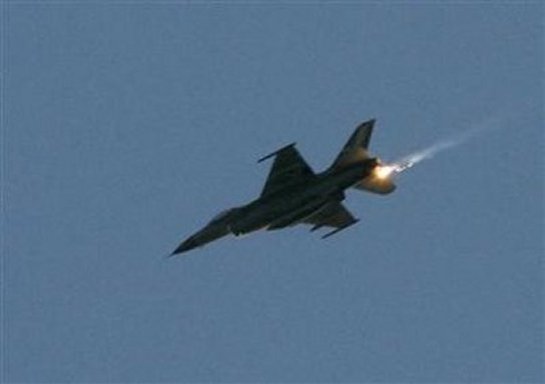 Bob Jenkins owned three Taco Bell franchises in the Dubuque, Iowa area. One of them was the largest grossing restaurant in that district. Despite his success as an entrepreneur Jenkins was oddly tech adverse, which is why it surprised him when his wife Trudy bought him a Garmin GPS for his car last Christmas. It took him a month to put the thing in his car, and nearly an hour of sitting in the front seat to work through the “Quick Start” guide. Then, after initializing the unit, he drove around his subdivision at 15 MPH watching his position change on the moving map display. Since then he was hooked.

This morning, when he started the car, he found it frustrating that the GPS actually showed his car’s current position as over 30 miles away somewhere near Waukegan. How long was the warranty on this damn thing? Jenkins backed his Ford down the driveway somewhat smug in his disdain for technology and turned on the radio. His favorite preset was NPR. The President was holding a press conference. Jenkins drove four houses down the block on the way to his office. Then he stopped quite suddenly and pulled over.

“Jesus fucking Christ just don’t look up.” Captain Ron Davis, USAF, knew two things: He would die tonight and his entire existence was focused on getting his weapons on target before he did. Molten projectiles of red-hot lead crisscrossed in front of his canopy as his F-16C hurtled down the valley at 150 feet AGL and over 400 knots indicated. The ride was bumpy. His oxygen mask didn’t seem to fit right anymore. He realized it was because he was sweating so much it slid slightly on his face.

He passed his initial point almost immediately and was on the run-in to his primary target, a North Korean command and control bunker just north of the artillery positions that could pound Seoul to the south. The bunker was largely subterranean, meaning his initial strike with two 1000-pound bombs would not be entirely effective, but might buy some time. It was expensive time though and would likely cost an F-16 and its pilot. In the callous accounting of war this target was worth the price. Intelligence indicated this bunker transferred targeting data to forward line rocket and artillery batteries to correct fire after initial bomb damage assessment reports. The facility relied heavily on GPS data for targeting. For some reason that data now seemed to be indicating erratic positions for secondary targets, almost as though the stationary targets were moving. The North Koreans quickly shifted back to manual map templates for fire control of the second salvo of rocket and artillery strikes. The delay in doing so was only a few minutes, and that was all the first wave of American strike aircraft needed.

Capt. Davis’ weapons’ release computer slewed to the target and traced a line on his HUD to the best release point. He would execute a tactical pull-up to release altitude, roll inverted at the top of the hump, pull the side stick back to bring the nose back down, roll wings level and pickle the weapons. Then he would hit the ‘burners, dive for the deck and attempt to egress the target area if his F-16 hadn’t been hit by automatic anti-aircraft fire or one of the surface to air missiles that seemed to trace the black night every few seconds. The attack would take about nine seconds, the longest and probably last nine seconds of his life.  Davis reached the pitch-up to release point and hauled hard on the side stick, which didn’t really move much but sensed the pilot’s hand pressure on the stick to determine the control responses of the aircraft. His G-suit inflated as the crush of gravity pinned him into his semi-reclined ACES 2 ejection seat. The Viper began a precise climb as ground defense radars lit up with his sudden appearance. In only seconds an SA-2 Guideline surface to air missile left its launch rail and arced into the sky. The Guideline was an old missile that had plagued American pilots during the Vietnam conflict.  The primary tactic to defeat the Guideline, or “flying telephone pole” was to rapidly dive below it. In about three more seconds Davis could do that. In the mean time the chafe and flare dispensers were set to automatic and ejected a flurry of foil-like radar reflective countermeasure strips and a bright fan of white-hot magnesium flares to confuse any infra-red guided anti-aircraft or air-to-air missiles. At the top of the climb Davis snapped the Viper upside down and hauled back, then almost instantly half rolled to wings level. He picked up the target in his HUD and made small adjustments to be sure the “piper” was lined up right, then he hit his release switch and the aircraft shuddered slightly as two tons of high explosives fell from under his wings. His cockpit illuminated briefly from the exhaust plume of the SA-2 missile passing overhead. Another instant passed and the missile detonated, barely overshooting Major Davis’ Viper and missing him only slightly. He advanced the throttles to the afterburner range and the plane dived back down to relative safety. In another couple of seconds he exited the end of the canyon and hauled hard right, remember a statistic from weapons school that said over half of strike pilots pulled off target to the left, a fact that anti-aircraft crews knew too. Against all odds he had survived this first desperate, critical strike.

Inside the North Korean artillery fire control bunker the equipment remained largely intact. The crew serving it, much less so. The receiving end of any air strike is a gruesome scene, and despite being built into a rock mountain and largely concealed this bunker had sustained significant damage and even more significant casualties. The first of Major Davis’ 1000-pound bombs hit the primary opening to the bunker facility. Blast doors were closed but a resultant overpressure produced a concussive shock wave that, near the corners of the room, fractured skulls and snapped bones from the wave of energy. Instruments near the walls were damaged. The second bomb hit the top of the bunker, built to survive such an impact. The energy transmitted through the rock severed some communications links but more oddly, ruptured plumbing pipes that carried fresh water and sewerage into and out of the bunker. Water and filth sprayed into the bunker from the roof, shorting out more electronics and most lighting systems. Some small fires started, triggering an automatic fire extinguishing system. While the bunker remained entirely intact everyone inside was at least disoriented, some dead and most wounded. In short, their effectiveness had been compromised. Davis’ strike appeared ineffective from outside the bunker, but it would be several hours before the facility could regain command and control of its artillery and missile batteries.

Warfare is often a series of efforts to buy time, and Davis’ airstrike along with others going on simultaneously along the border area had just bought critical time. During that time heavy bombers would be within range to strike with their air launched cruise missiles. Then the battle would truly be joined.