By Tom Demerly originally for MILTECHREV.com

An F-35B Joint Strike Fighter of the U.S. Marines takes off from the USS Wasp aircraft carrier without the use of a catapult.

You’ve seen posts on Facebook about the new F-35 Lightening II Joint Strike Fighter suggesting it’s a “failure”, “a waste”, “damaging to the environment” and even that “F-35 basing is a racial injustice: new Americans and people of color are disproportionately harmed.” The public vitriol surrounding the F-35 program eclipses any previous defense program.

A. A costly boondoggle spun as a super plane by the Pentagon “old boy network”?

B. The next ultra-weapons system that will render nation-users invincible?

C. A combat aircraft at the beginning of a typically difficult development program?

Another reality is the F-35 is the first major weapons system to do combat on the battlefield of social media. Social media is a great equalizer among combatants. All you need is a laptop and “friends” to fight a battle with the biggest defense contractors on earth. Whether you are Lockheed or Larry Smith the anti-F-35 activist, every opinion on social media is 800 x 600.
If you add some historical context to the development of military aircraft you see daunting realities. Firstly, the F-35 is actually doing quite well for such an ambitious project. In fact, some of the criticism for what has been described as “delays” may actually be the F-35 program’s primary drawback: too much caution. Partially because the magnifying glass of public opinion has focused so much heat on the F-35 the program has ground slowly ahead with more than the typical degree of caution.

Let’s look at some previous military aircraft development programs and think about how they would fare under “trial by Facebook”. 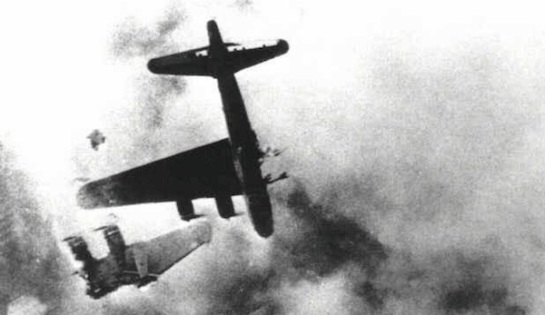 An early model B-17 Flying Fortress breaks up over Germany in WWII. More airmen died in the first versions of the celebrated bomber than any combat aircraft in WWII. Today the B-17 is revered as a great aircraft.

In WWII my father was a draftsmen for Boeing Aircraft in Seattle, Washington at “Plant 2” near the Duwamish River. His first project was drawing a quickly conceived update to the B-17 Flying Fortress: a chin turret with two forward facing .50 caliber guns. The first eight versions of the B-17 lacked adequate guns to defend themselves from a frontal attack. German pilots quickly learned to attack the B-17 from high and head-on, or “Twelve O’clock High”. The results were catastrophic. Early B-17 crews attacking Germany had better odds of dying than surviving before completing their required 25 missions. In fact, more aircrews from the Allied 8th Air Force died over Europe than all of the Marines killed in the Pacific in WWII. Today the B-17 is remembered as a “great aircraft”. How would Facebook pundits have treated the first eight versions of the B-17 with a record like that? 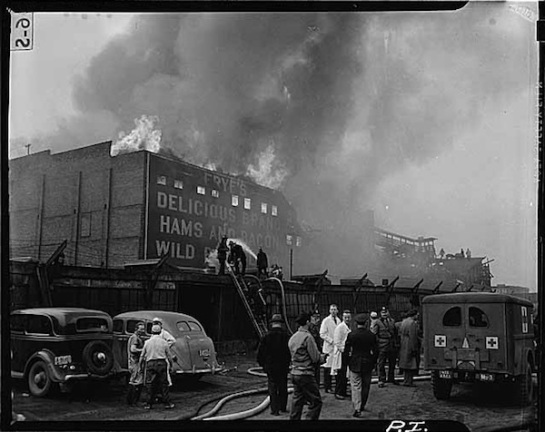 A early model B-29 Superfortress crashed into a meat packing plant in Seattle during its secret testing phase. The program was so classified that firefighters and first responders were initially prohibited from entering the crash scene contributing to mass casualties not getting emergency treatment at the crash site.

My dad was transferred to a top secret project working on a super bomber that would fly too high to shoot down and carry a larger bomb load than the B-17. It was the B-29 Superfortress, a project so secret he wasn’t allowed to tell my mom what he was working on. The B-29 delivered the only nuclear weapons used in combat. It is largely credited with ending the war in the Pacific. But the B-29 was a difficult and dangerous aircraft to operate. It used four Wright R-3350 engines that were prone to overheating, and catching fire. With a full bomb load while straining to get to altitude it was common for the B-29 to have engine fires.

The B-29 killed a lot of U.S. flight crews. The engine problem, combined with navigation and bombing accuracy problems encountered from an undiscovered high altitude wind phenomenon called the “jet stream” forced Maj. General Curtis LeMay to order B-29’s to attack Japan from low altitude, well within range of Japanese anti-aircraft guns. To carry more bombs LeMay told his bomber crews to remove their defensive guns and leave their gunners behind, a request some crews ignored according to the definitive account of B-29 operations, Mission to Tokyo by author Robert F. Dorr. What would people have said about the B-29 program on Facebook? 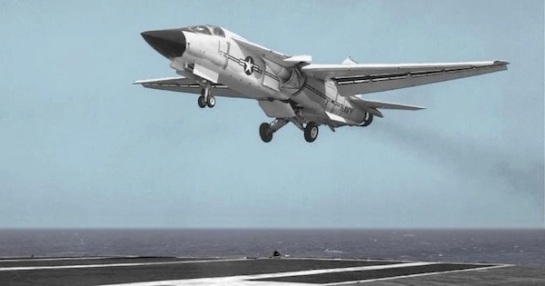 The General Dynamics F-111 was originally intended as a multi-role, do everything aircraft for both the Navy and the Air Force. The Navy dropped it in early development, opting for the Grumman F-14 Tomcat. It ended its largely undistinguished career in service with the Australian Air Force.

More recently, and in an oddly similar program to the F-35 Joint Strike Fighter, in 1961 former Defense Secretary Robert MacNamara asked for a feasibility study on the development of one aircraft that could perform low-level, supersonic penetration bombing missions into the former Soviet Union and also serve as a fleet defense interceptor launching from aircraft carriers for the U.S. Navy. The result was the General Dynamics F-111. The F-111 was never adopted by the navy and served with mixed results in the Air Force. Initial F-111 operations in Vietnam were a catastrophe, with 50% of the aircraft being lost and the Vietnam deployment being halted. The one shining moment for the F-111 came during Operation El Dorado Canyon under the Reagan administration, when F-111’s attacked Libyan airfields in retaliation for Libyan sponsored terrorist attacks on U.S. servicemen. A version of the F-111 never initially envisioned, the EF-111 Raven electronic warfare aircraft, did serve successfully in the early Gulf war but, in general, the entire F-111 program fell well short of its original multi-role, multi-service concept.

These are three examples of aircraft that had major problems eclipsing anything the F-35 faces. But that was a long time ago. We’re not in a major air war with a similarly equipped air force. Technology has come a long way. Engineering tools exist today that were unheard of even in the 1970’s when the current generation of operational combat aircraft were first conceived. And those are some of the reasons the F-35 has been treated unfairly. 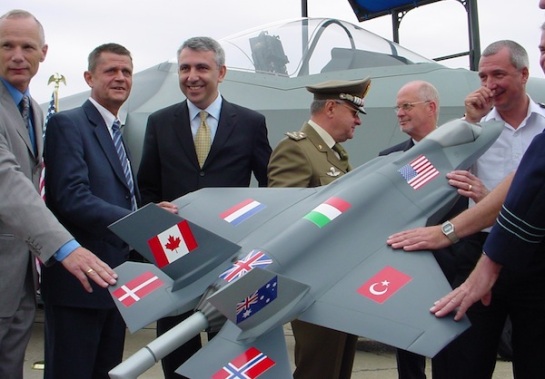 The development and production costs of the F-35 are to be shared between a host of nation-users, but the Eurozone crisis and global recession has placed more economic pressure on the program.

When cost estimates for the F-35 were originally drafted much of the development program included the new generation of virtual prototyping and testing. Computational Fluid Dynamics replaced early prototype flight-testing. Finite Elemental Analysis replaced actual strain gauge developmental analysis. The business model for the F-35 included development in the virtual space spread over international economies of many user-nations. Each of these factors left opportunities for a host of variables to act on the program and drive costs up. Some of those variables, such as the European economic crisis, have become a reality.

Another reality is the need for all combat aircraft to evolve significantly over their life span. The F-16, FA-18, AH-1 Cobra and AH-64 Apache are just a few legacy aircraft flying today that have undergone such sweeping updates they only vaguely resemble their original versions. The F-16 now has conformal fuel pallets, different control surfaces and improved sensors installed. One version of the FA-18 has gotten larger wings, new intakes, improved avionics and become an entirely new aircraft called the EF-18 Growler. And then there is the B-52 bomber, the plane that just won’t die. The B-52’s in operation now are older than their flight crews. They were based on lessons Boeing learned from- you guessed it- the B-17 and B-29 development programs my dad worked on in WWII. And the B-52 is still flying. People post photos of them on Facebook now, talking about how amazing an aircraft it is. Social media wasn’t around for the bumpy development years.

The F-35 wasn’t developed in the middle of a world war, but it is being fielded in one of the most volatile periods in history, when enemies use airliners as attack aircraft and superpowers are fielding a new generation of combat aircraft like the Russian T-50 and the Chinese J-20. While it’s unlikely Al Qaeda, Islamic Jihad, ISIL and their radical splinter organizations will field a new- or any- combat aircraft the ability to command the airspace over insurgent controlled territory has kept their doctrine near the Stone Age and their controlled territory isolated from U.S. shores. It may have also helped prevent another 9/11.

The F-35 won’t bring peace to the world. It isn’t the final answer- no single combat aircraft is. It’s likely not even the best combat aircraft ever. But it is a viable next generation multi-role combat aircraft with a degree of information sharing and mission flexibility that can’t be retrofitted to aging current aircraft systems. It is also designed to fight a war we don’t know everything about yet: the next one. And while uncertainty, at a minimum, swirls around the F-35 on the vaunted spaces of social media the one thing that is certain is, that next war will come.